This is, without a doubt, one of my favorite photos. It’s my go-to profile picture on social media, graces my ‘About Me’ page on this website, and would probably be my desktop wallpaper if that weren’t an incredibly vain thing to do. I love it for a lot of reasons: my makeup is on point, first of all. My roommate had just gotten back from doing makeup for a friend’s senior thesis and I asked her to do my eyes before she put her kit away. I’m wearing my favorite t-shirt of all time, my black ‘The Kills’ tank top that is just sheer enough to be slutty but still seem effortless. My Unlocked necklace is on prominent display, and the varsity jacket I’d ordered online (from the now endangered Delia’s) completes the Alexis Krauss look I was striving for during fall semester of my last year of college. Plus, my hair is perfect.

This day last year, I was a hot mess. Still recovering from a bad breakup to end all bad breakups, I was afraid of my own shadow and fucking pissed about it. I had spent two months skulking around campus afraid of running headfirst into my mistakes, and for some reason that night I snapped. I was done scanning rooms before I entered them, done hiding in Senior Fauver playing endless games of Beer Pong, done feeling so cold all the damn time. A friend was performing in a concert across campus and I was going to strut to the venue, look fierce, and be myself again. I was determined to be Hot Shit Ella Dawson, editor of the sex magazine, breaker of hearts and spirits and all that other bullshit I was known for. Before heading out, a little buzzed on gin and ready to drag on my favorite leather jacket, I opened Photo Booth and took this picture. I wasn’t sure I bought my own act, but if nothing else I looked the part. Click, flash, and a picture I’d always love was born. Everything had changed and I was still okay. And then I crashed a party after the concert, and I met a guy. And then everything changed again.

Anniversaries are weird things, but I want to celebrate this one year anniversary of that night, of feeling like myself again after being lost. I feel like myself again now after having a similar identity crisis brought on by graduation and moving to Berkeley. Sometimes a confidence boost is the result of meeting new people, of a change of scenery, of the timing being right. And sometimes it’s as simple as deciding tonight of all nights is going to matter.

So here’s me one year later, makeup-less but with the same necklace. My life is more or less in order. I have a job I love, friends who kick serious ass, and my writing career is an actual career instead of a pipe dream. Maybe I’ll make this an annual thing: November 21st, selfie day. A day to check in with myself, to pout at my computer screen, and to fully be in my own skin. 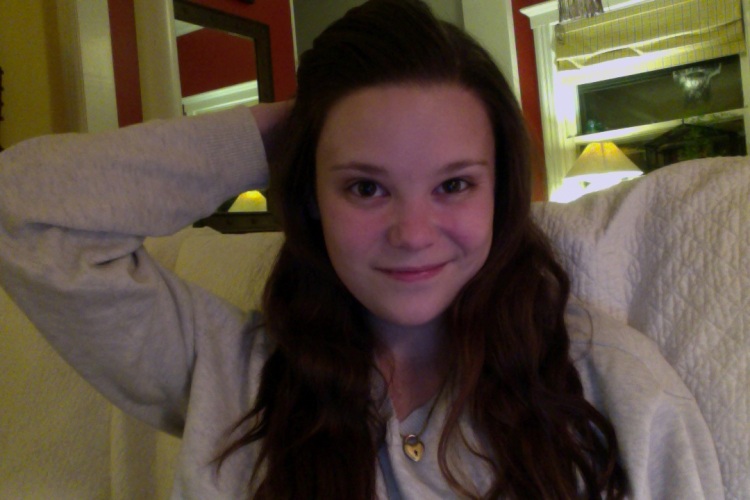